Why Was Medigap Plan E Discontinued? Exploring Other Medigap Options

Medicare Supplement Insurance, also called Medigap, is a type of private insurance that is used alongside your Original Medicare coverage (Medicare Part A and Part B) to help cover certain Medicare out-of-pocket expenses, such as copays and deductibles.

Medigap Plan E was discontinued for new enrollees in 2010. Anyone who enrolled in Medicare Supplement Insurance Plan E prior to 2010 was allowed to keep the plan.

There are 10 Medigap plans that are currently available in most states, however. These plans include Plan A, B, C, D, F, G, K, L, M and N. Each type of Medigap plan offers a different combination of standardized benefits, which are outlined below. 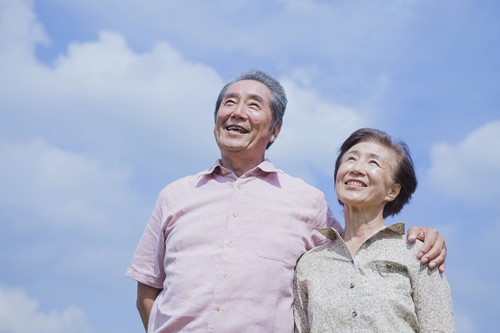 What do other Medicare Supplement Plans cover?

You can use the Medigap plans comparison chart below to compare the benefits of each type of Medicare Supplement Insurance plan that is still available for new enrollees in 2019.

Learn more about the Medicare Supplement Insurance plan options that are available in your state.

Prior to 2003, Medicare did not cover certain home health care services and certain durable Medicare equipment (DME). At the time, certain Medigap plans – such as Medigap Plan E – covered some of these services and devices for people who joined those plans.

Medigap plan costs may vary based on factors such as age, gender, health, how your insurance company rates (prices) its plans, and where you live.

Remember, Plan E is no longer available for purchase for new enrollees. Less than 1 percent of all Medigap beneficiaries were still enrolled in Medigap Plan E in 2017. This is a decrease of close to 30,000 beneficiaries since 2014.1

Medigap Plan E does not cover prescription drugs. Medigap plans can only help cover certain out-of-pocket Medicare costs, such as deductibles and copayments.

If you want to get Medicare prescription drug coverage, you have two options:

Should I switch from my Medigap Plan E to another Medigap plan?

As previously mentioned, beneficiaries who are currently enrolled in Medigap Plan E are allowed to remain in the plan.

So if you currently have Plan E, should you keep it?

The first thing to consider is the plan cost. Because no new members are being accepted into Plan E, the overall plan risk pool can only increase in age and claim frequency. This may cause Plan E premiums to rise at a faster rate than other Medigap plan premiums.

Plan F is the most popular Medigap plan currently available. 55 percent of all Medicare Supplement Insurance beneficiaries are enrolled in Plan F as of 2017.1

Plan G is the second-most popular Medigap plan currently available. 13 percent of all Medigap beneficiaries are enrolled in Plan G as of 2017, which was a 31 percent growth rate from 2016.

Plan G and Medigap Plan F are nearly identical except for the fact that Plan F covers the Medicare Part B deductible, while Plan G does not.

The Medicare Part B deductible is $198 per year in 2020. If you can find a Plan G option that only costs $198 more per year (or less) than Plan F, you could save money in the long run by choosing Plan G.

Because of a new federal law, Plan F and Plan C won’t be available for Medicare beneficiaries who became eligible on or after January 1, 2020.

If you already have Plan C or Plan F before 2020, you will be able to keep your plan.

If you become eligible for Medicare before 2020, you may still be able to buy either Plan C or Plan F after January 1, 2020, if either is available where you live.

While you can’t enroll in Plan E unless you currently have Plan E, there are several Medigap options that can provide you with similar – if not more – benefits.

A licensed insurance agent can help you learn about plans in your area and what they cover and cost.

Learn more about Medigap plans in your area