Dementia vs. Alzheimer’s: How Are They Different?

Dementia and Alzheimer’s can affect people similarly, but they are quite different. Learn the differences between these conditions, including their causes, effects and treatments.

Dementia is an umbrella term used to describe physical changes in the brain that result in difficulties remembering, controlling emotions, communicating and performing routine activities. Alzheimer’s disease is a specific diagnosable type of dementia.

The primary difference between dementia and Alzheimer’s is that dementia is a syndrome – which is best described as a group of symptoms that do not have a specific diagnosis – while Alzheimer’s is a disease.

Alzheimer’s disease is the most common type of dementia, accounting for more than half of all cases of dementia.1 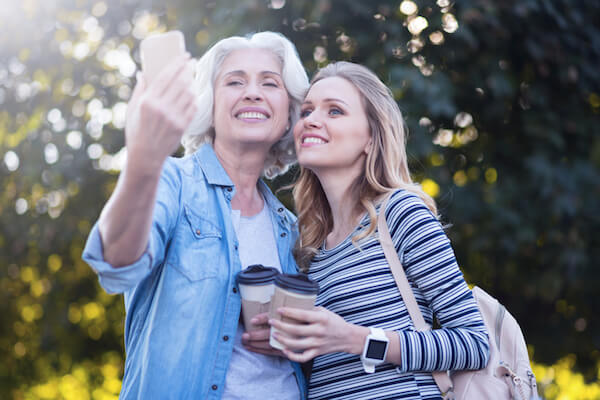 What are the different types of dementia?

There are several types of dementia, including:

It’s possible to have multiple types of dementia at once, which is a condition known as “mixed dementia.”

The World Health Organization estimates that around 50 million people around the world are living with at least one type of dementia.1

Dementia is more likely to occur in old age, when brain cells naturally deteriorate. Vascular diseases, strokes, depression, chronic drug use and infections such as HIV are also known causes of dementia.

What are the first signs of Alzheimer’s?

Alzheimer’s occurs when protein deposits form tangles and clusters of plaques in the brain, much like a cavity forms on a tooth. The cells affected by these buildups begin to die, and the brain can even begin to shrink as a result.

Symptoms of Alzheimer’s disease include:

Other types of dementia may include some of these same symptoms.

Alzheimer’s is a progressive brain disease that causes gradual impairment of memory and overall cognitive function. There is no cure for Alzheimer’s, and the exact cause of the disease remains unknown.

Alzheimer’s generally affects people over the age of 60, although younger people can be affected as well. The Alzheimer’s Association estimates nearly 6 million people in the U.S. are living with Alzheimer’s.2

How is Alzheimer’s disease treated?

Alzheimer’s is most often treated with medications (some of which may be covered by a Medicare Advantage plan that covers prescription drugs).

Alternative remedies such as using coconut oil and fish oil, as well as eating a Mediterranean diet, can also be used to help prevent and slow the symptoms of Alzheimer’s.

The lifespan of someone with Alzheimer’s is typically between four and eight years after diagnosis, though some people can live for up to 20 years following diagnosis.

Does Medicare cover dementia or Alzheimer’s?

This article is for informational purposes only. It is not healthcare advice. Speak to your doctor or healthcare provider about your specific healthcare needs.

Christian Worstell is a licensed insurance agent and a Senior Staff Writer for MedicareAdvantage.com. He is passionate about helping people navigate the complexities of Medicare and understand their coverage options.

His work has been featured in outlets such as Vox, MSN, and The Washington Post, and he is a frequent contributor to health care and finance blogs.

Christian is a graduate of Shippensburg University with a bachelor’s degree in journalism. He currently lives in Raleigh, NC.

Where you've seen coverage of Christian's research and reports:

Medicare & You is a handbook released by the Centers for Medicare and Medicaid Services (CMS). Get a first look at the handbook and download your copy. Read more

This guide explains the Medicare Open Enrollment Period as well as local resources you can explore for answers to Medicare coverage questions. Read to learn more. Read more

Consult this list of 300 drugs that some Medicare Advantage plans and Medicare Part D prescription drug plans may or may not cover. Read more

Medicare Rate Increase 2021 | What You Need to Know

Medicare beneficiaries who are also eligible for Medicaid are considered dual eligible. If you are Medicare dual eligible, you may qualify for a Medicare D-SNP (Dual Special Needs Plan), which is a type of Medicare Advantage plan. Read more