2021 IRMAA Rules for Medicare Part B and Part D Premiums

The standard premium for Medicare Part B is $148.50 in 2021. However, some people may receive a bill for more than that amount along with an IRMAA (Income-Related Monthly Adjustment Amount) notice.

What is IRMAA and how might it affect your Medicare costs? 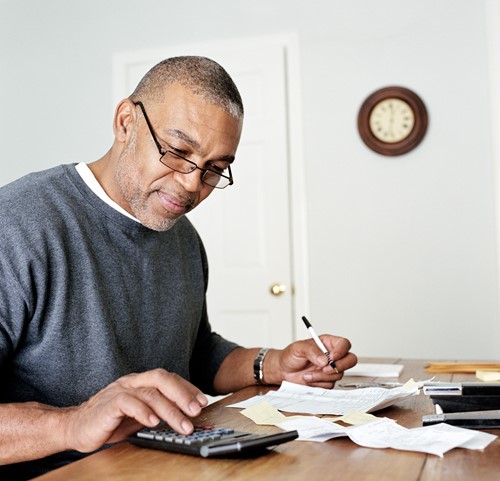 IRMAA represents the additional amount that some people might have to pay for their Medicare Part B (medical insurance) or Part D (Medicare prescription drug plans) coverage.

Medicare beneficiaries who have to pay a higher monthly premium for their benefits because of IRMAA must do so because they are categorized as a higher income earner.

How is IRMAA calculated?

If you are enrolled in a Part D plan and your MAGI is in the above range, you would pay only the standard premium cost of your Part D plan in 2021, and you won’t pay a Part D IRMAA.

The full breakdown is as follows:

You will also generally pay the standard Part B premium if:

Because IRMAA is based on your reported income from two years prior, the amount you have to pay for a Medicare IRMAA is subject to change every year.

Why is there a Medicare IRMAA?

If you’re among the people paying more for Part B or Part D Medicare coverage because of IRMAA, you may be wondering why the adjusted amounts exist.

IRMAA was enacted for Medicare Part B premiums in 2003 as a provision of the Medicare Modernization Act. It was then expanded to Part D coverage in 2011 as part of the Affordable Care Act (ACA, also called Obamacare).

IRMAA was developed by the federal government as a means of strengthening the financial stability of the Medicare program. The government pays a majority share (around 75 percent) of the costs for Part B and Part D benefits, while beneficiaries contribute roughly 25 percent.

With the future of Medicare on uncertain ground, cost-sharing measures like IRMAA have the potential to help prolong the financial stability of the largest health care program for seniors in the U.S.

If you are subject to paying higher Medicare premiums because of IRMAA, you will be notified by the Social Security Administration.

What are my Medicare plan options?

Have more questions about IRMAA or other costs associated with Medicare? Looking for ways to save money on your Medicare coverage?

You can learn more about your Medicare plan options and find a plan that may be able to help you save money. Speak with a licensed insurance agent to find out more.