We examined the ages of every head coach in the NCAA Division I men’s basketball tournament for the past 10 seasons and uncovered a consistent trend: The older the coach, the more likely the team is to have success in the tournament.

As you fill out your NCAA March Madness Bracket next year, you may want to consider the age of each team’s coach as you pencil in your winners. 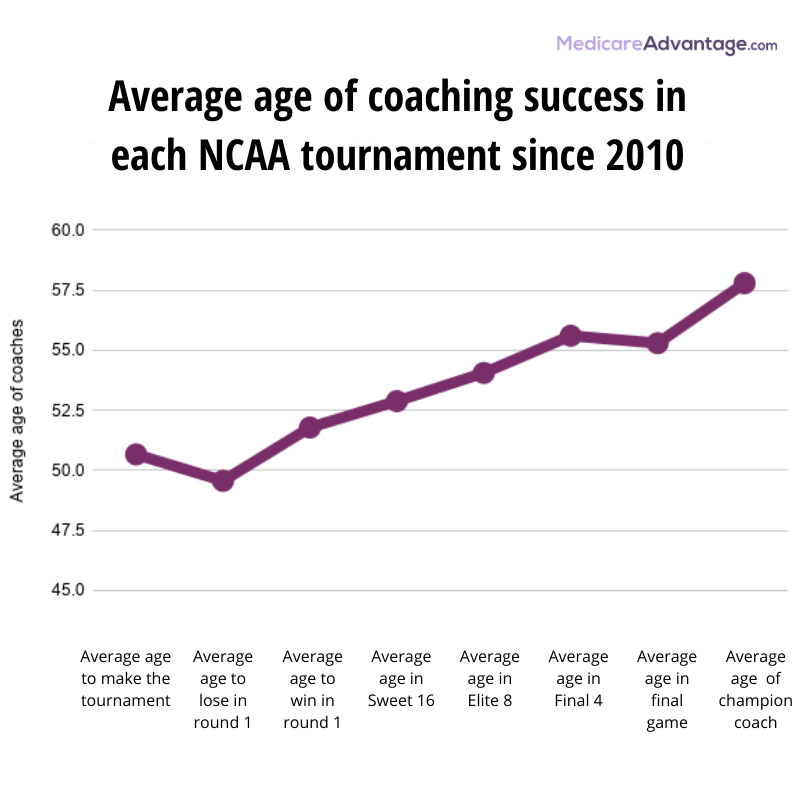 Advance in age, advance in the tournament

Below is a detailed look at the overall trend over the past 10 NCAA men’s basketball tournaments.

In that same period, only two coaches under the age of 50 have cut down the nets as champions at the end of the tournament:

The most seasoned coaches of the past 10 years

Roy Williams coached the University of North Carolina to a championship victory in 2017 at age 66.

So who were the most successful NCAA tournament coaches of the past 10 years? As you can guess, the top 3 were also 3 of the more seasoned coaches in the league.

Age may be just a number. But in March, those numbers typically add up to wins.