Costly Mistake: Billing Error Jeopardizes Medicare Coverage for up to a Quarter of a Million Beneficiaries

The Social Security Administration helps people apply for their Medicare coverage. In 2019, it’s also what may have prevented some beneficiaries from getting it.

A Social Security billing error that started early in the year resulted in Medicare premiums not being properly deducted from the Social Security checks of beneficiaries. While the extra monthly cash may have been a win for those Medicare beneficiaries in the short term, Medicare eventually came knocking when the unpaid premiums added up.

Up to 250,000 Medicare beneficiaries suddenly found themselves on the hook for as many as five months-worth of Medicare plan premiums that should have been automatically deducted from their Social Security benefits checks.

For more than a decade, Medicare beneficiaries have had the option of having their monthly Medicare premiums deducted directly from their Social Security check.

Neither Social Security nor the Centers for Medicare & Medicaid Services (CMS) provided details about how the error occurred. The policies affected were Medicare Advantage (Medicare Part C) plans and Medicare Part D prescription drug plans that went into effect on January 1, 2019. Medicare Part B premiums, which may also be deducted from Social Security benefits payments, were not affected.

Some of the people affected were forced to come up with the money, while others may have received notifications that their plans would be cancelled for delinquency.

According to a memo from the U.S. Department of Health & Human Services, Medicare plans are required to offer a “grace period” to allow those affected to repay their missed premiums. The grace period must last at least as long as the delay in billing, and a payment plan option must be set in place.

Beneficiaries were urged to call their plan carrier or 1-800-MEDICARE with any further questions.

Premiums for Medicare Advantage and Medicare Part D plans are sometimes less than $30 per month, so it would have been easy for beneficiaries to not notice the error. And that can especially be the case in the early part of the year, when Social security checks are adjusted according to an annual cost-of-living increase.

Medicare beneficiaries who received a notice in the mail regarding this issue should contact their plan to ensure they are not a victim of Medicare fraud.

If you are interested in learning more about Medicare Advantage plans or Medicare Part D prescription drug plans in your area, a licensed insurance agent can help you compare plans, check your eligibility and – if you’re eligible –enroll in a new plan.

You can also compare plans online, with no obligation to enroll.

The COVID-19 coronavirus is affecting people all over the globe, and seniors are at the greatest risk. Stay up to date on Medicare coverage of coronavirus testing and learn how to stay safe during the outbreak. Read more 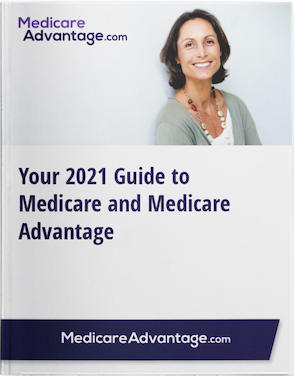