Survey reveals attitudes about Medicare-for-All, Medicare at 60 and a public option

That was just one of the sentiments shared in our survey about Medicare expansion.

When Bernie Sanders bowed out of the Democratic race, so too did discussions of Medicare For All. Now, those talks have shifted toward Democratic nominee Joe Biden’s version of Medicare reform.

So how do current Medicare beneficiaries feel about Biden’s proposals? And how does that compare to their opinions about Medicare For All? We surveyed 1,000 U.S. adults ages 65 and up to find out.

Biden proposes lowering the eligibility age of Medicare from 65 years old to 60.

Two out of every three Medicare beneficiaries we surveyed agreed that Medicare’s eligibility age should be lowered to 60. Just 14% disagreed. 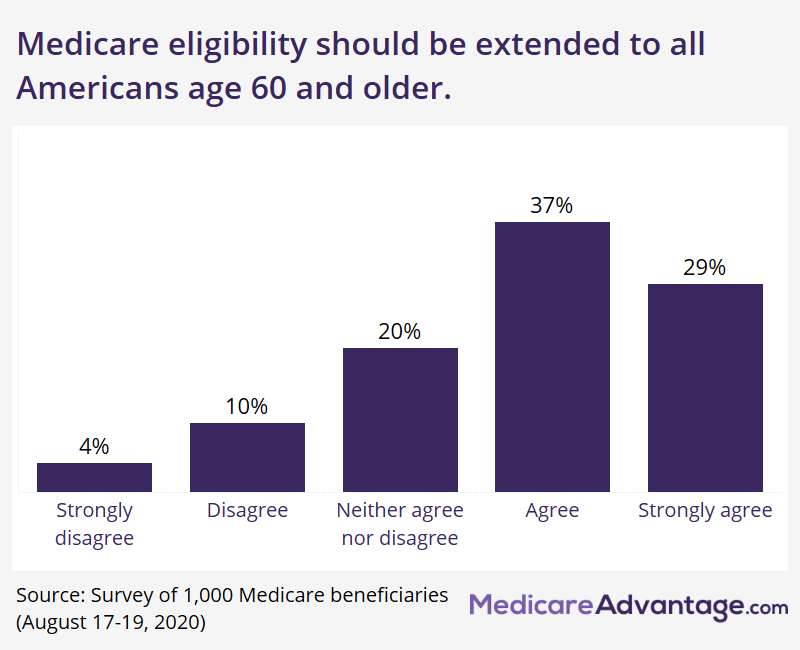 Another Biden proposal is to offer a government-run health insurance plan. Americans can choose to enroll in this public option if they wish, or they can choose to remain in their employer-sponsored plan or another plan of their choosing.

Seven out of 10 respondents support a government-run health insurance plan as an additional option to the private market. Only 12% disagreed.

Younger beneficiaries were slightly more likely to support this proposal, with 71% of respondents ages 65-69 being in favor of a public option and 10% in disagreement. Among those ages 70 and older, 64% were in favor and 20% disagreed.

While not part of Biden’s plan, some Democratic candidates’ versions of Medicare For All called for the elimination of private health insurance altogether.

More than half of our respondents agreed that private health insurance should be eliminated and replaced with government-sponsored insurance. Only 23% disagreed. 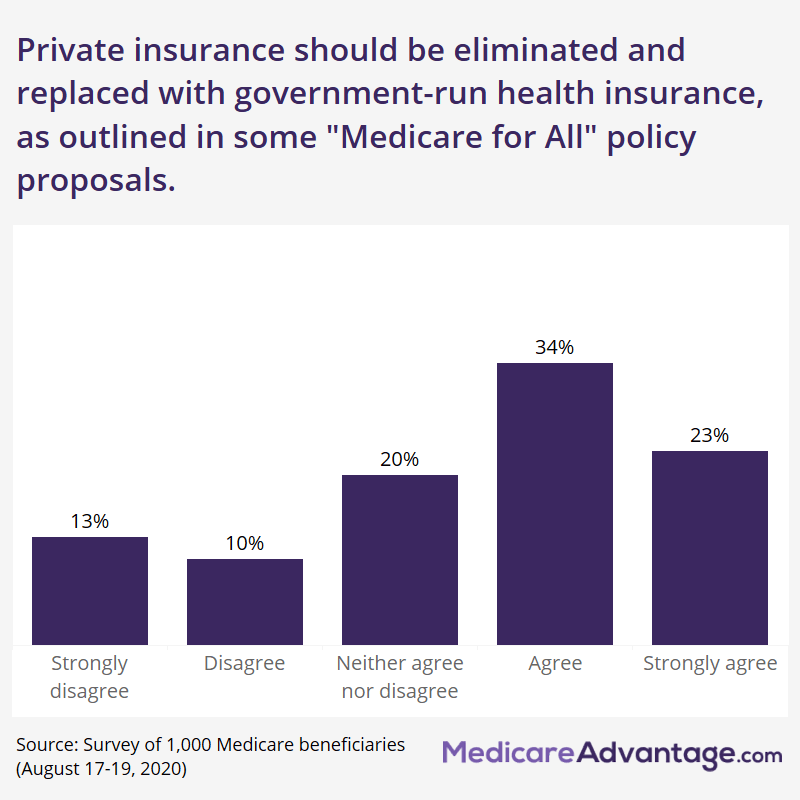 That idea was favored more by younger Medicare beneficiaries. Of those ages 65-69, a full 62% supported the proposal. Among those 70 and up, only 37% were in support.

However, while still more than half of Medicare beneficiaries are in agreement that private health insurance should be eliminated entirely, support of that proposal is not as strong when compared to keeping private insurance intact and merely adding public health insurance as an additional option.