The Top Baby Names Grandparents Dislike the Most

What’s in a name?

According to grandparents, a whole lot of contempt.

While the popularity of names fluctuates with each generation (remember your great aunt Mildred?), the 21st century has seen the trend enter uncharted territory. It began with spelling seemingly customary names (like “Brittany”) in weird ways (like “Brittnee,” “Brittny,” “Britanni” and “Brittneigh”).

But that wasn’t enough. We couldn’t help ourselves. Before we knew it, we were naming babies Hashtag and Facebook. Celebrities upped the ante even more with names like “Pilot Inspektor,” “Bear Blaze” and “Gravity.” Elon Musk, who is presumably smarter than the average person, named his baby “X /-E A-12,” which was so unpopular that it was actually deemed illegal according to California state law.

We know the parents obviously love these names (for now at least). But what do the grandparents think?

For starters, 30% of grandparents dislike the name of at least one of their grandchildren. Among those 30%, nearly 1 in 10 “completely dislike” the name. 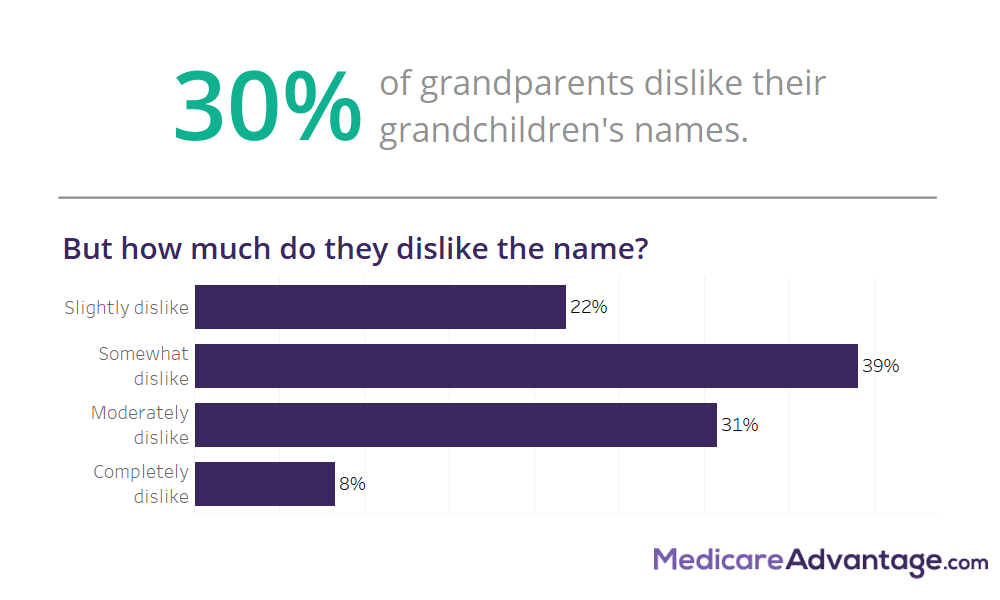 Most Disliked Baby Names in 2020: Oliver and Harper

Surely the most popular names would be safe from scorn, right? We asked grandparents which of the 10 most popular baby names of 2019 they disliked the most. 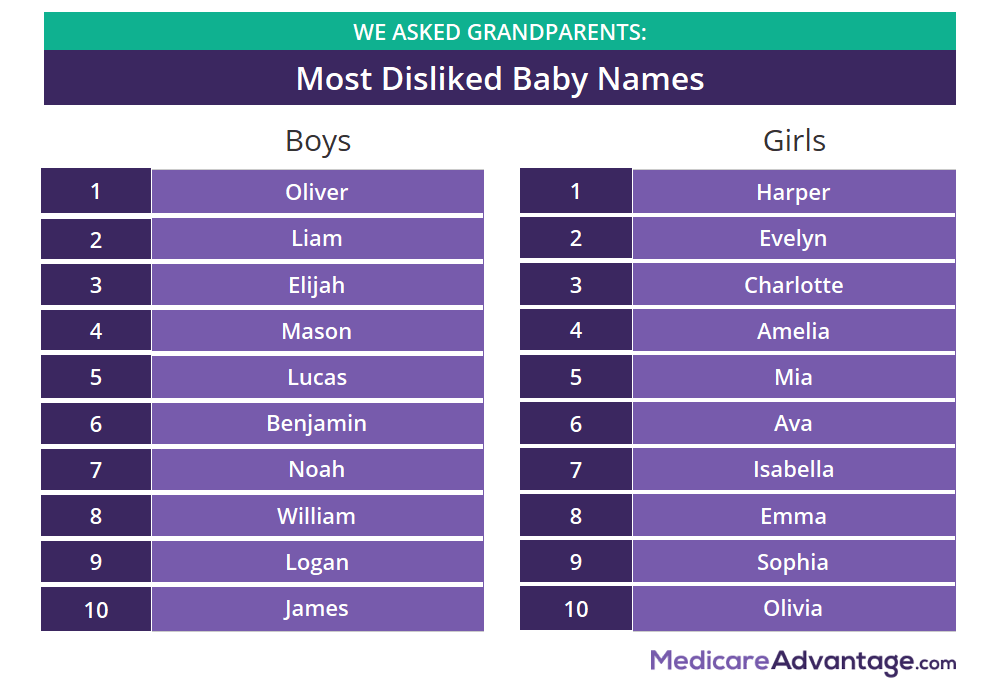 “Oliver,” “Liam” and “Elijah” were the three most disliked boy names among grandparents, despite each being a name with deep historical roots.

“Harper,” often traditionally used as a boy’s name, was the most disliked girl’s name among grandparents and was followed by “Evelyn” and “Charlotte.”

Most Disliked Baby Names by Region

The popularity of baby names can vary across the country due to regional culture differences, but there was no culture clash when it came to identifying the most disliked girl’s name. 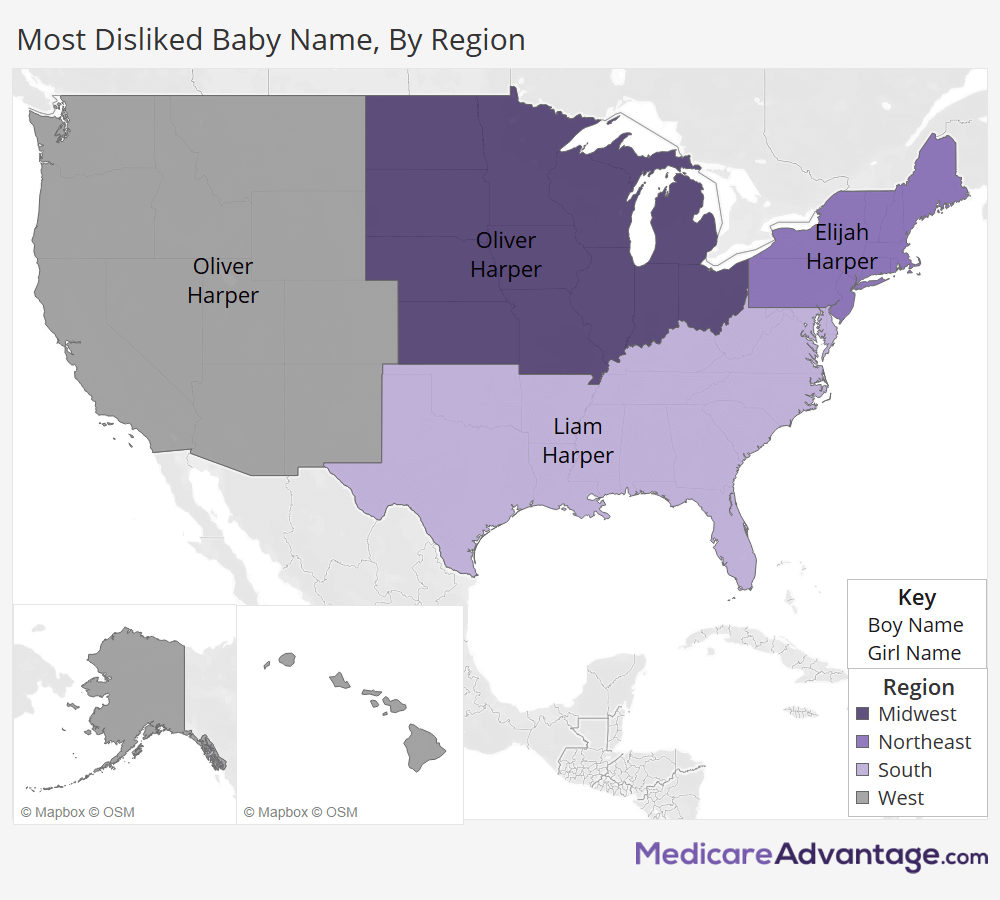 “Harper” took home that dubious distinction across all regions, while “Oliver,” “Liam” and “Elijah” shared duties among boy names.

Of the names that grew the most in popularity from 2018 to 2019, we found out which names were the most disliked among grandparents. 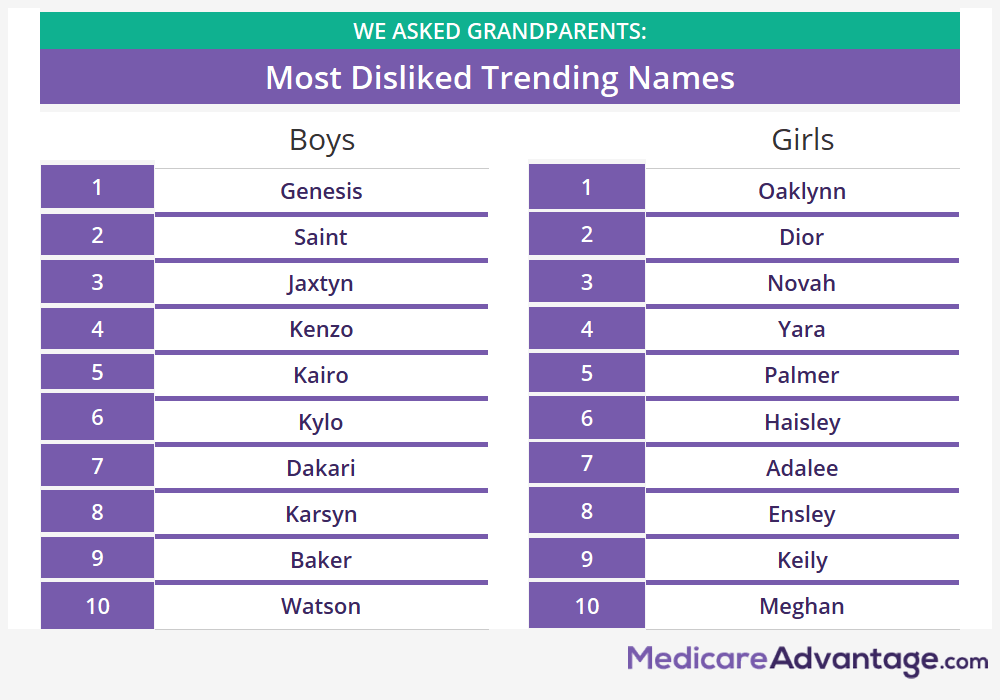 While “Genesis” (boy) and “Oaklynn” (girl) each spiked in popularity among parents, they earned the most disdain from grandparents. The chart below shows the 10 boy and girl names that experienced the greatest one-year increase in popularity and how disliked they are among grandparents. 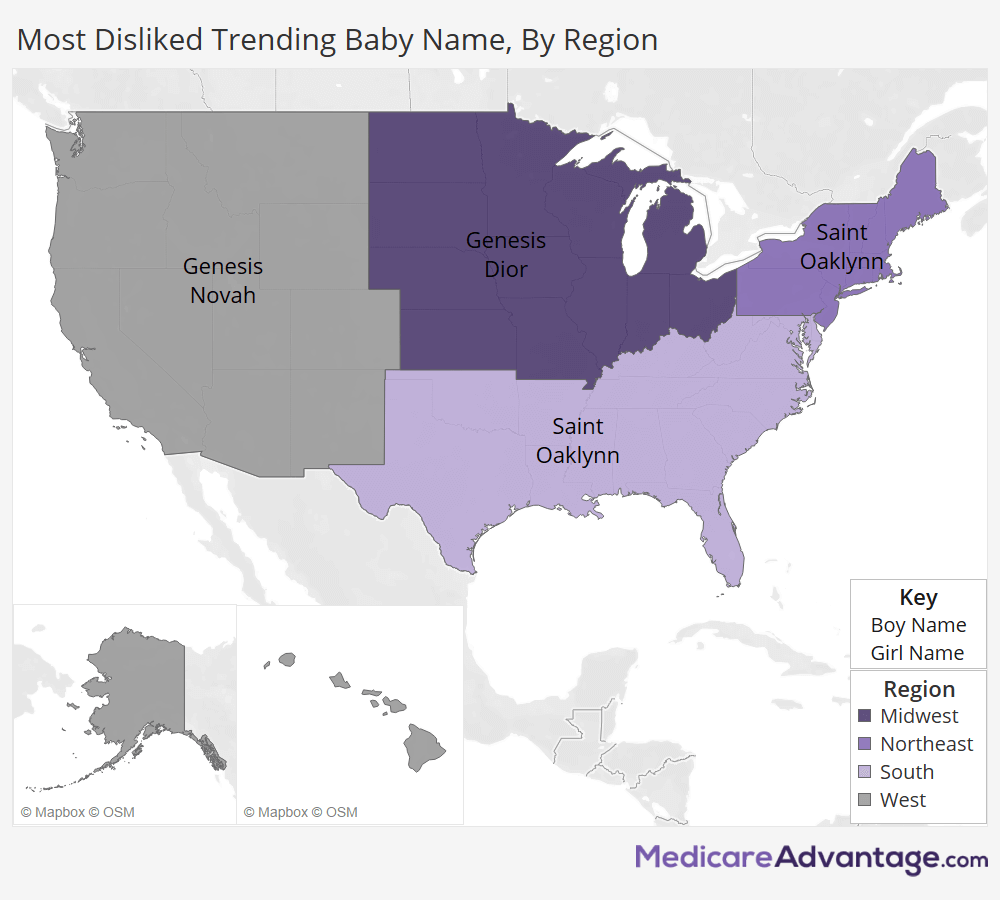 The names “Saint” and “Oaklynn” were equally disliked from Maine to Texas, while “Genesis” was not well-received across half the country.

Sentencing a baby to a lifetime with an otherworldly name is as fashionable in Hollywood as the Bandholz Beard, and the chart below illustrates the most disliked of those celebrity baby names. Here’s hoping that Elon Musk and Kim Kardashian West never procreate.

This survey was conducted August 27 to September 4, 2020, using an audience pool of 776 respondents.

Participants were filtered based on status as a grandparent, survey completion time and failure to follow written instructions within the survey.