CAR T-cell therapy is a relatively new type of cancer treatment in which a patient’s T-cells (which are part of the immune system) are re-engineered to target and destroy cancerous cells. 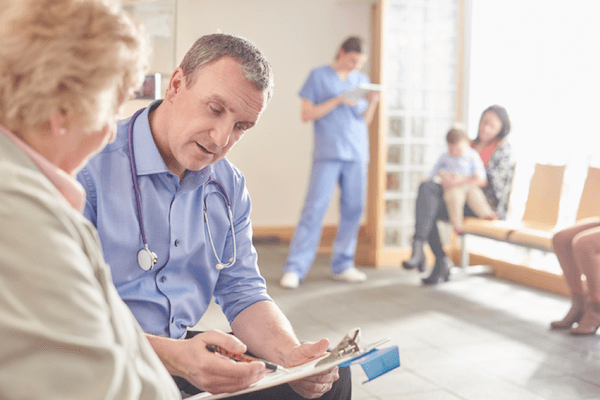 A proposal released February 15, 2019, by the CMS would extend Medicare coverage to qualified beneficiaries with relapsed or refractory cancers.

The proposal was officially approved by the Trump Administration in August of 2019.

According to the proposal, the therapy must be offered in a healthcare facility that is enrolled in the FDA risk evaluation and mitigation strategies (REMS).

When is CAR T-cell therapy used?

CAR T-cell therapy was the first type of gene therapy approved by the FDA, who approved the therapy in 2017. The treatment is most often used to fight adult large B-cell non-Hodgkin’s lymphoma and recurrent childhood acute lymphoblastic leukemia.

Hospitals and clinics administering CAR T-cell therapy would also be required to enroll patients in a national registry, so the effects of treatment could be studied and compared to clinical trials that led to its regulatory approval.

In 2018, the CMS agreed on reimbursement rates for CAR T-cell therapy through Medicare Part B, which provides coverage for outpatient services. But because of the potential for severe side effects, CAR T is usually given in an inpatient setting, which would fall under Medicare Part A at a lower cost reimbursement, according to the current terms.

As a result, the coverage decisions have generally been left up to local Medicare Administrative Contractors.

CAR T therapy costs hundreds of thousands of dollars to administer, which is a big reason why some private insurance companies are covering it only on an individual basis by writing single-patient agreements.

The treatment has shown to be highly effective, and researchers report that critically ill patients have remained cancer-free for as long as five years following CAR T-cell therapy.1

Original Medicare (Part A and Part B) will cover some oral cancer drugs and oral anti-nausea drugs.

Some Medicare Part D prescription drug plans may also cover these and other cancer treatment drugs, depending on the plan.

You can compare Part D plans available where you live and enroll in a Medicare prescription drug plan online in as little as 10 minutes when you visit MyRxPlans.com.2

The CMS proposal was issued in response to a letter from Efrem Castillo,3 who is the Chief Medical Officer at UnitedHealthcare (UHC).

His formal request for a national coverage determination states, “As CMS is aware, Medicare Advantage plans cover services as they are covered under Original Medicare, including Part B drugs.”

A licensed insurance agent can help you review your Medicare enrollment options and find a plan that can cover your cancer treatment. Call today to speak with an agent.