Some Medicare Advantage plans (Medicare Part C) and some Medicare Part D prescription drug plans may cover other cannabinoid-based medications, however. Cannabinoids are types of chemicals that are found in marijuana.

More than 31 states allowing the use of marijuana for medicinal purposes in 2018.1 So what does this mean for your coverage options as a Medicare beneficiary?

Learn more in this guide about how a Medicare Advantage plan could help cover the cannabinoids you need. 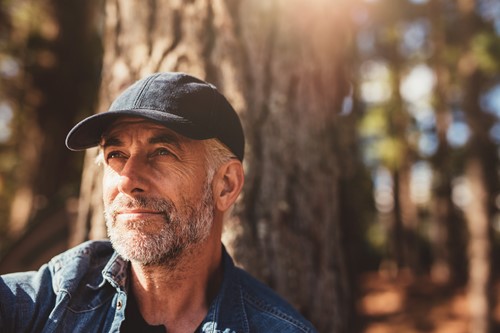 A second reason is because marijuana remains federally classified as a Schedule I drug, meaning it is not recognized by the federal government as having any medicinal value.

Some Medicare plans may cover other cannabinoids

Dronabinol is a synthetic form of cannabis that is used to treat the loss of appetite and weight loss suffered by some people with AIDS, Dronabinol can also be used to help treat the nausea and vomiting associated with cancer chemotherapy.

Dronabinol is the active ingredient in brand name drugs Syndros and Marinol, and both drugs may be covered by some Medicare Advantage plans with prescription drug coverage as well as some Medicare Part D plans.

Syndros comes in a liquid form while Marinol comes in the form of a gel capsule. Dronabinol also comes in capsule form as a generic drug that may also be covered by some Medicare Advantage plans and Medicare Part D plans.

Syndros and Marinol are both approved by the FDA and are both classified as Schedule II drugs.2 This category features drugs with accepted medicinal use that are considered to carry a high risk of addiction or abuse and includes such drugs as oxycodone, fentanyl, morphine and methadone.

Check with your Medicare Advantage or Medicare Prescription Drug Plan carrier to determine if this type of medication (or any others you may need) is included in your plan’s formulary. A formulary is a plan’s list of covered medications.

How much do cannabinoids cost?

The average retail price of 60 capsules of Dronabinol is reported to be $257.4 A Medicare Advantage plan or a Medicare Part D plan that covers Dronabinol could help alleviate some of that cost.

Medicare Advantage and Part D plans are sold by private insurance companies, so premiums, deductibles and coinsurance amounts can vary from one plan to the next.

Are you looking to find a Medicare Advantage plan that covers prescription drugs, such as cannabinoids that are similar to medical marijuana?

Not all plans in all locations offer the same benefits, so it can help to work with a licensed insurance agent to find out more about the plans that are available where you live.